Experience County Kerry on the majestic Wild Atlantic Way, its gloriously moody landscapes, dramatic headlands and crashing waves. You’ll remember the roar of the ocean long after your visit.

Discover charming towns and villages with brightly painted houses, traditional pubs, colourful shopfronts and an endless number of places to visit in Kerry.

Travel the curving country roads and narrow mountains paths of this stunning county, you’ll soon understand why it’s christened The Kingdom, Kerry stands proudly on the Wild Atlantic, bordered by Cork and Limerick.

Kerry is a wonderful county to travel to ideally located for all modes of transport and we encourage you to enjoy your experience as you journey, whether by land, sea, rail, road, coach or car, there is always something.

Make the most of your time by using Kerry Airport, with its direct connections from Dublin, London and world-wide, or travel from Shannon International Airport set on the Wild Atlantic Way, travel along the Shannon Estuary to Kerry. 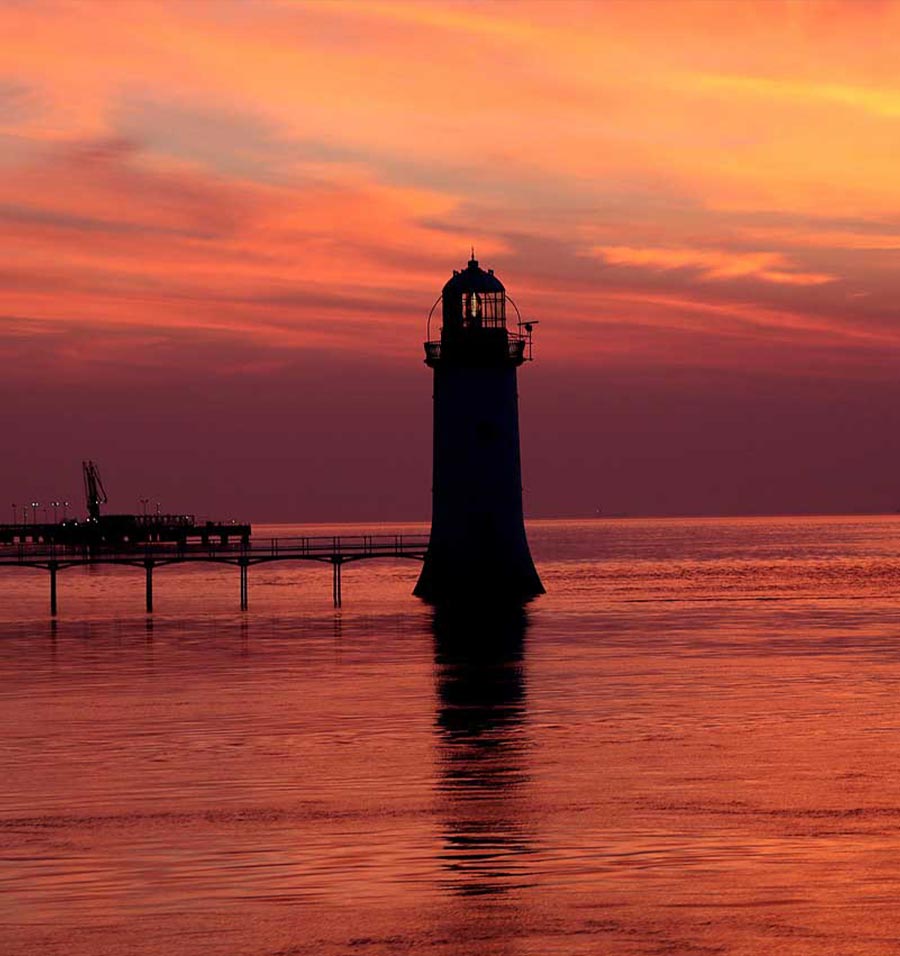 Arrive to your airport, whether Kerry or Shannon where you will receive a warm welcome and set off to explore Kerry and the Wild Atlantic Way, sample the celebrations and experiences on offer. Travel along the Shannon Estuary enjoy spectacular and unspoilt scenery, where the Shannon Ireland’s longest river flows into the Atlantic Ocean.

Visit the heritage village Foynes, take a step back in time to the romantic era from 1937 – 1945, when Foynes was the epicentre of commercial aviation, and where Irish Coffee was created, learn how to make an Irish Coffee, enjoy local tastes and treats overlooking the estuary.

Travel along the estuary through the heritage villages of Glin, arrive to the historic village of Tarbert which is shaped like a T, picturesquely situated on the estuary.

Visit Tarbert Bridewell, a courthouse and a jail back in the 1930’s. It is a magnificent stone building built around 1831. The Bridewell is a chilling reminder of the intolerant judicial regime of impoverished 19th century Ireland. The history of Tarbert House is also detailed here, with its’ intriguing list of visitors, Charlotte Bronte, Winston Churchill and Daniel O’Connell. Take your leave of Tarbert and travel along the Wild Atlantic Way to Ballybunion. 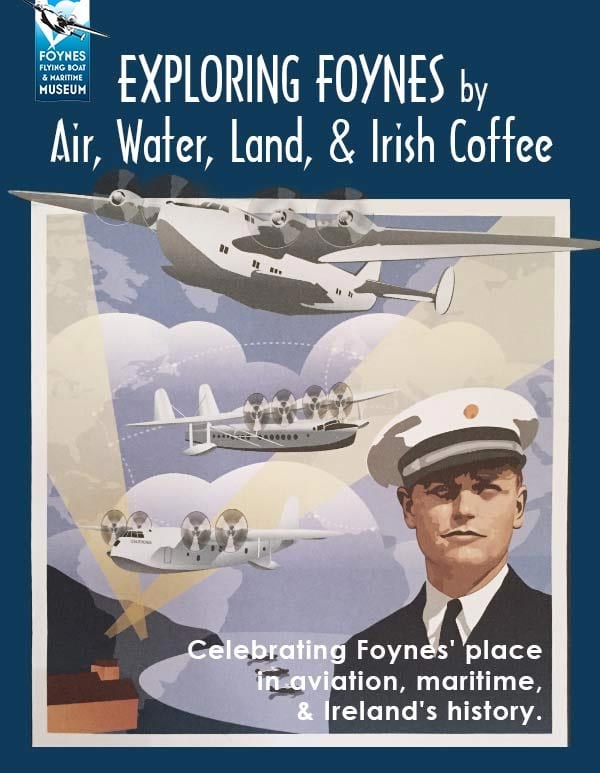 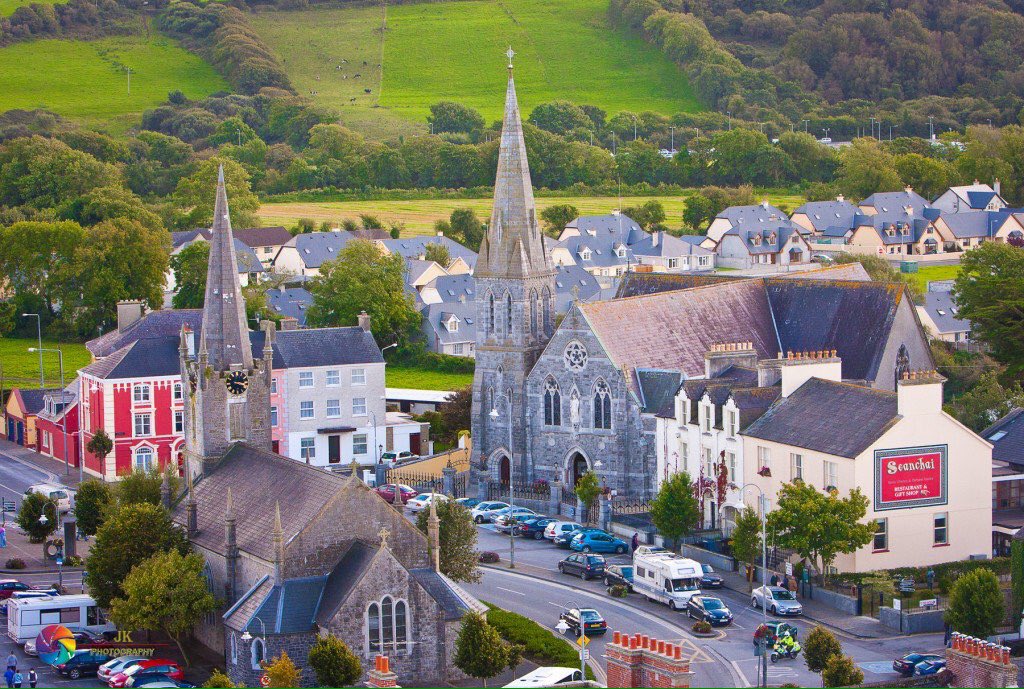 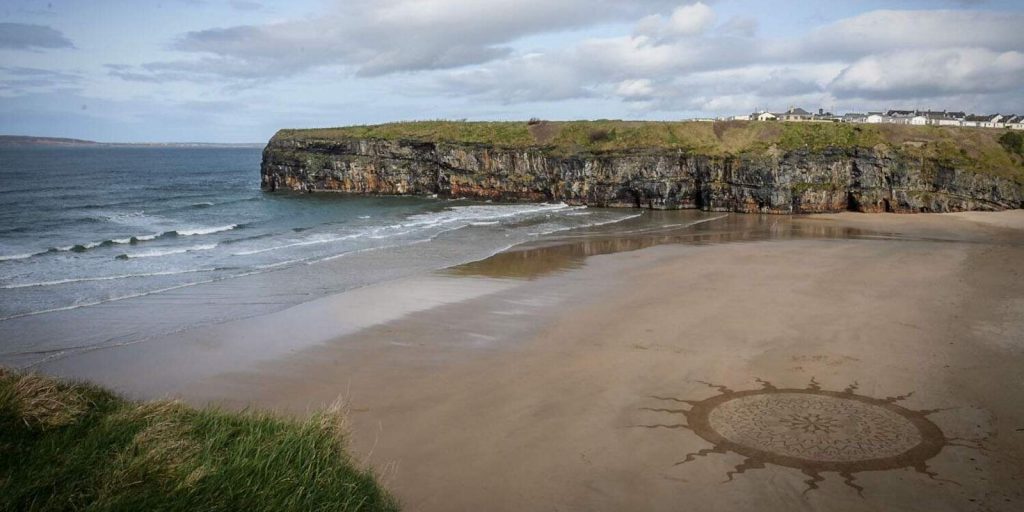 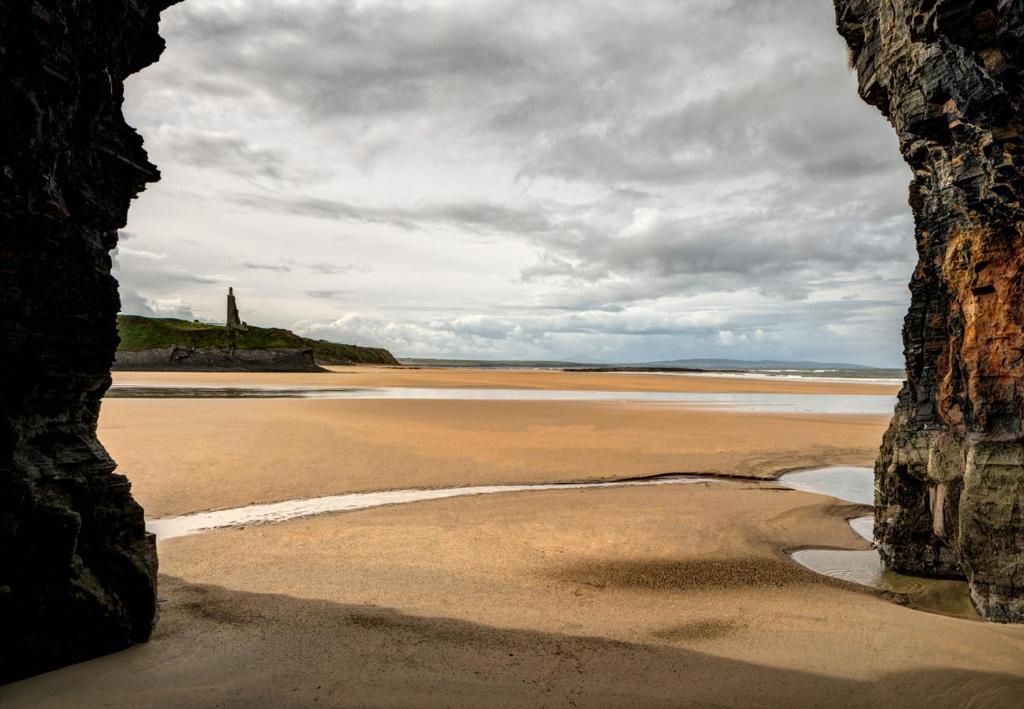 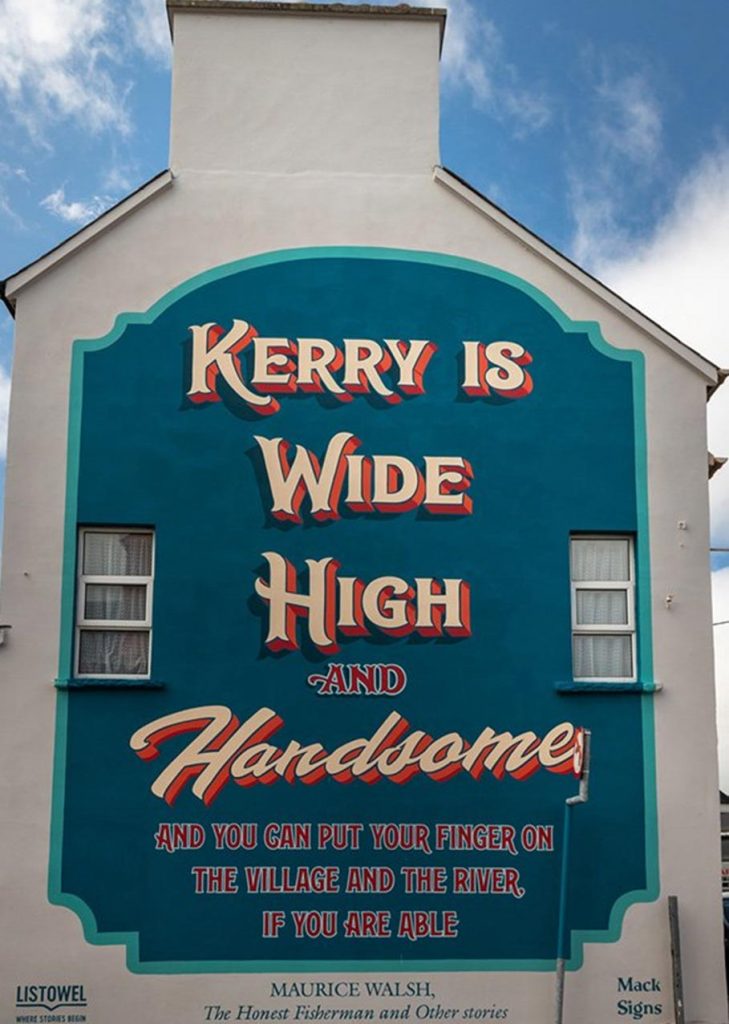 Clear the cobwebs and enjoy a bracing walk whatever the weather, Kerry’s beaches have some of the most postcard-worthy panoramas in the country and the sandy stretches that surround the seaside town of Ballybunion in North Kerry are no different. Separated by steep cliffs, Men’s Beach and Ladies’ Beach have names harking back to the days of separate bathing and are ideal for beautiful cliff walks with dizzying views of the Wild Atlantic Way.

Travel to Listowel, where in the words of the locals – “anything can happen” the charming town is in the heart of the Kerry limestone plain. Playwrights and authors from all over the world visit ‘The Literary Capital of Ireland’, enjoy a homecoming evening here, great food and make sure to sample local food and drinks a wide array to be had. 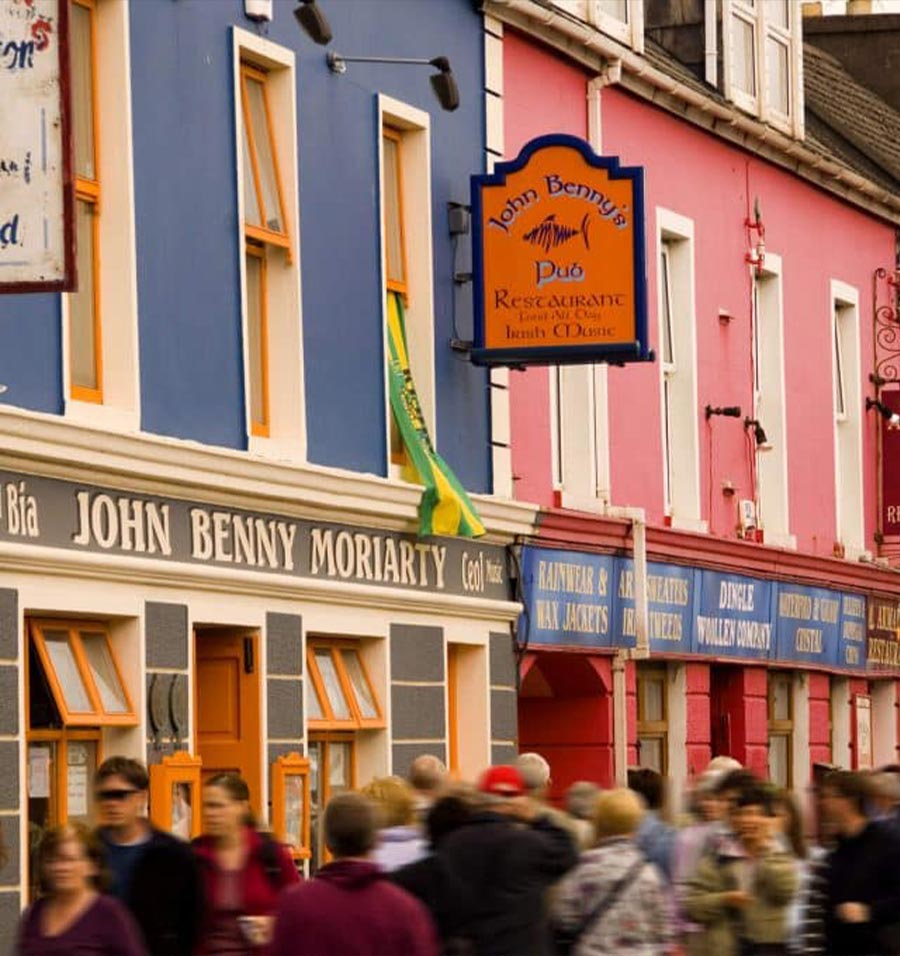 You will be immersed in the words of John B. Keane (The Field), Bryan MacMahon (The Windows of Wonder), Brendan Kennelly (The Man Made of Rain), Maurice Walsh (The Quiet Man) and George Fitzmaurice (The Magic Glasses).  Step back in time and discover the history of Ireland’s ancient landscape at ‘Listowel through the Ages’ interactive exhibition.

Explore Listowel on foot, enjoy the local shops and galleries. Have lunch and set off, should your travels take you to this part of Kerry at the weekend, enjoy a visit to Crag Cave in Castleisland, an ancient fossil cave system, older than mankind itself, within which can be seen the natural forces that created the complex and beautiful passages.

The cave was once filled with water, which eroded the limestone rock into a maze of carved tunnels and chambers. In time the water dried up or found new routes, leaving deposits of river gravel and sediment. Small drips of water into the cave left behind crystals which formed the many features in Crag Cave, the most obvious of which are stalactites and stalagmites.

These delicate formations are an outstanding feature of the cave and, with its other features, make it the most exciting showcave in Ireland. 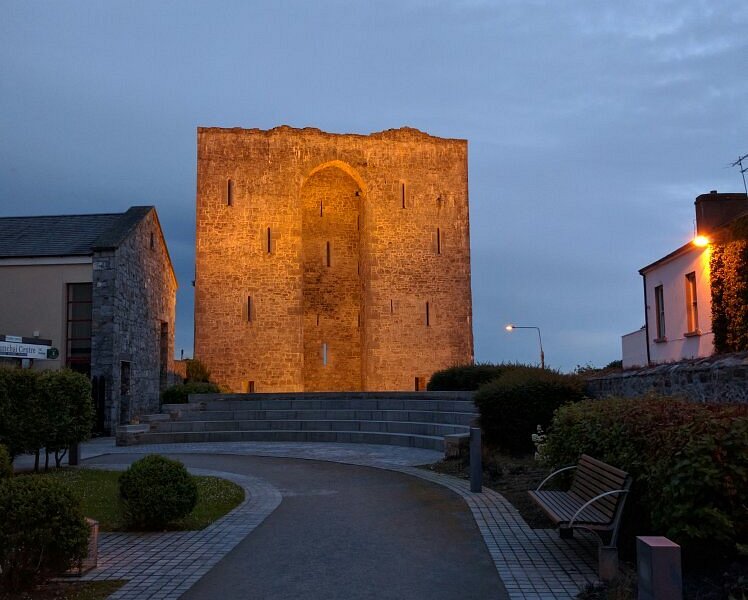 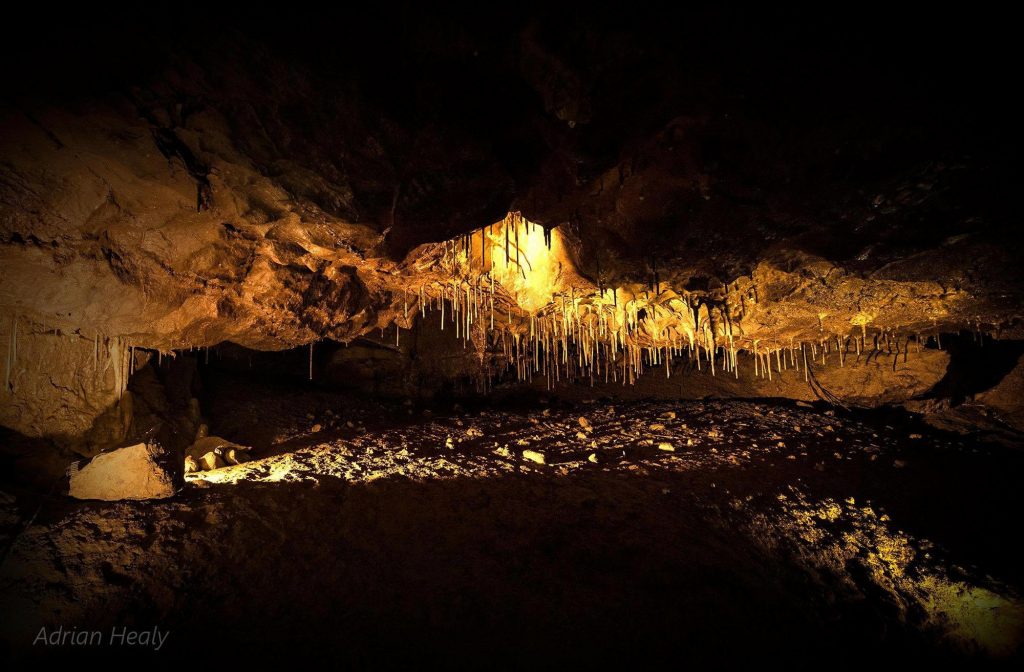 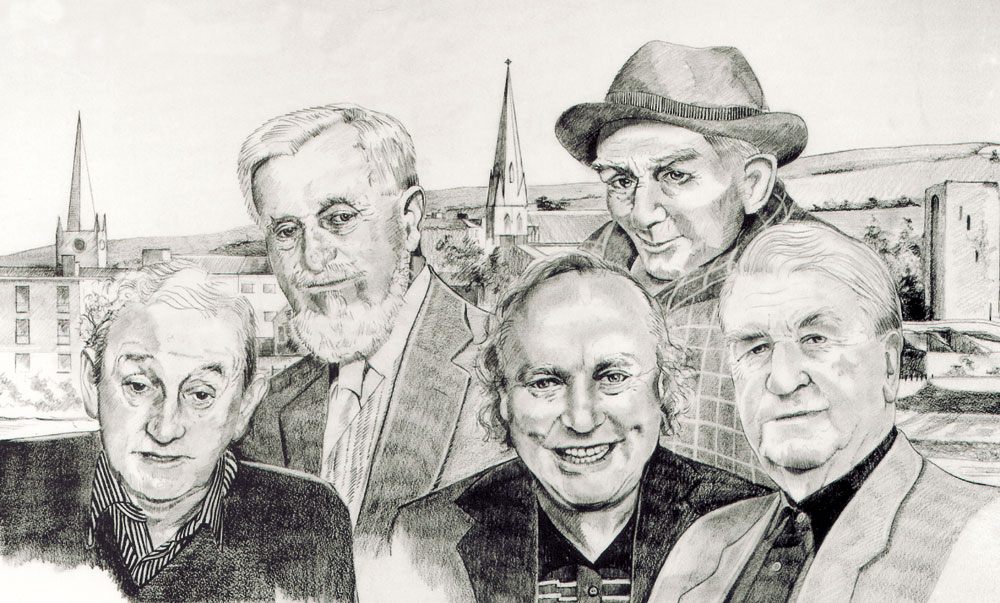 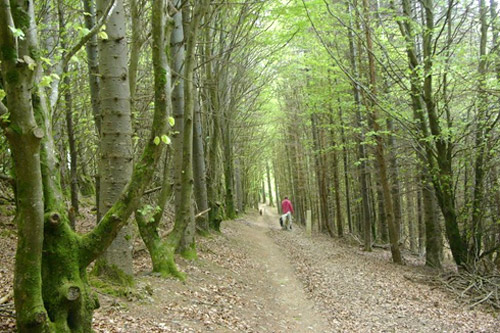 Castleisland, another charming town that got its name from a moat in a now ruined castle. Renowned for the width of its main street – second only to O’Connell Street in Dublin, take a walk on of one of Kerrys gems, Glenageenty Loop Walk, an area of mystery, myth and folklore, a wild and rugged landscape that was once the sanctuary to some famous heroes and bandits alike. This loop takes you along its riverbanks and woodlands.

In this glen Gerald the last Earl of Desmond was beheaded in 1583 after months of hiding in dense woods – a plaque now marks the spot where his blood stained the earth. The loop takes you by the site of the Desmond Castle and on via the Ravens Glen waterfall to the ruins of Sean Thaigh Og’s cabin where in 1916 Robert Monteith evaded his enemies after the unsuccessful landing of arms at Banna Strand. There are glorious vistas of Carrantuohill, Ireland’s highest mountain, the gap of Dunloe and Mount Brandon.

Travel to the Dingle or Corca Dhuibhne, stretches 30 miles (48 kilometres) into the Atlantic Ocean on the south-west coast on the Wild Atlantic Way. The peninsula is dominated by the range of mountains that form its spine, running from the Slieve Mish range to the Conor Pass and Mount Brandon, Ireland’s second highest peak. The magnificent coastline consists of steep sea-cliffs such as Slea Head, dramatic headlands broken by sandy beaches, with the award-winning beach at Inch in the south and the tombolo of Maharees to the north.

The Blasket Islands lie to the west and the peninsula is dotted with lovely villages, spend time in a place rich in tradition, literature and culture, where native Gaelic (Irish language) prospers alongside modern languages, where the perfect harmony created by nature restores the spirit, where you can relax and savour the scenery, the flora and fauna, craft trails, the culture, the archaeology, the local food, craft distillery and breweries, or just meet the people

Enjoy a festival evening, great food and make sure to sample local food and drinks a wide array to be had. 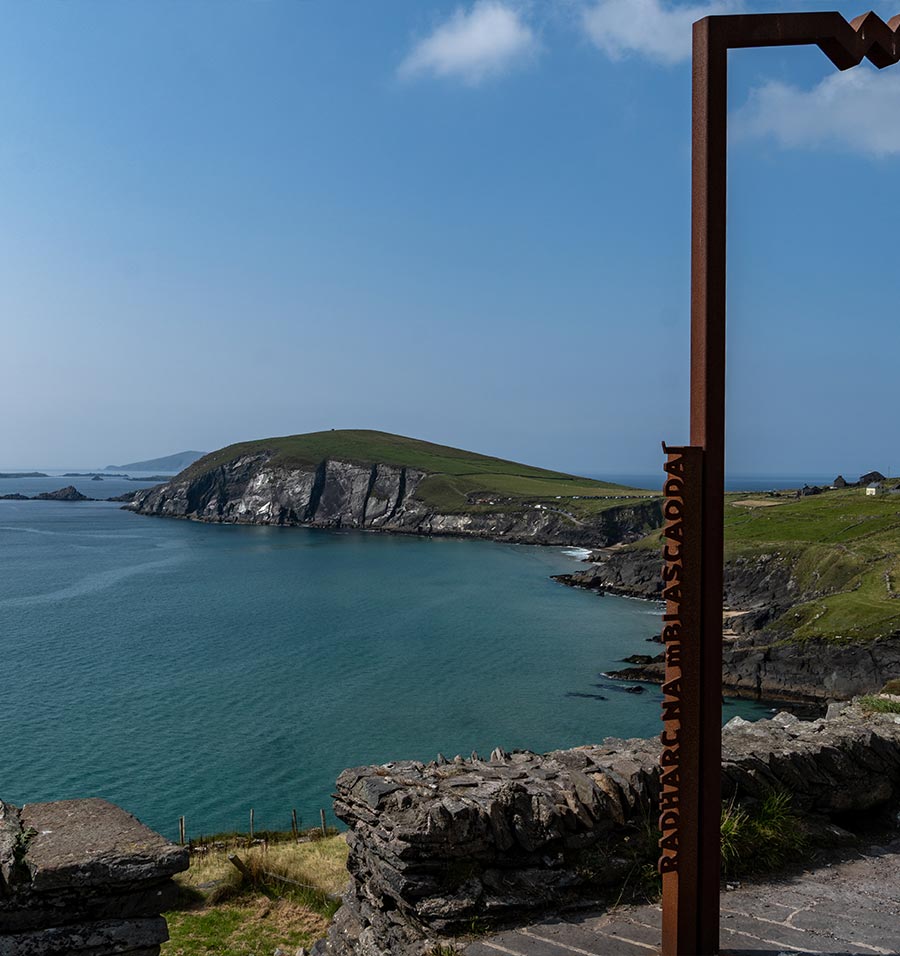 After Breakfast, enjoy The Slea Head Drive – Slí Cheann one of Kerry’s most scenic routes, takes you on a journey through historic sites, Irish speaking villages, famous Hollywood film locations with close up views of the world renowned Blasket Islands and distant views of the Skellig Islands.

The route is clearly labelled by road signs throughout its length. The Slea Head Route is most enjoyable when done slowly over a number of hours A minimum of a half-day should be set aside for the journey. Travellers are strongly advised to travel clockwise. Part of the Slea Head cliff road is very narrow and single lane only. The route is suitable for motorists, but is also enjoyed by cyclists – bicycles can be hired at a number of locations in Dingle. 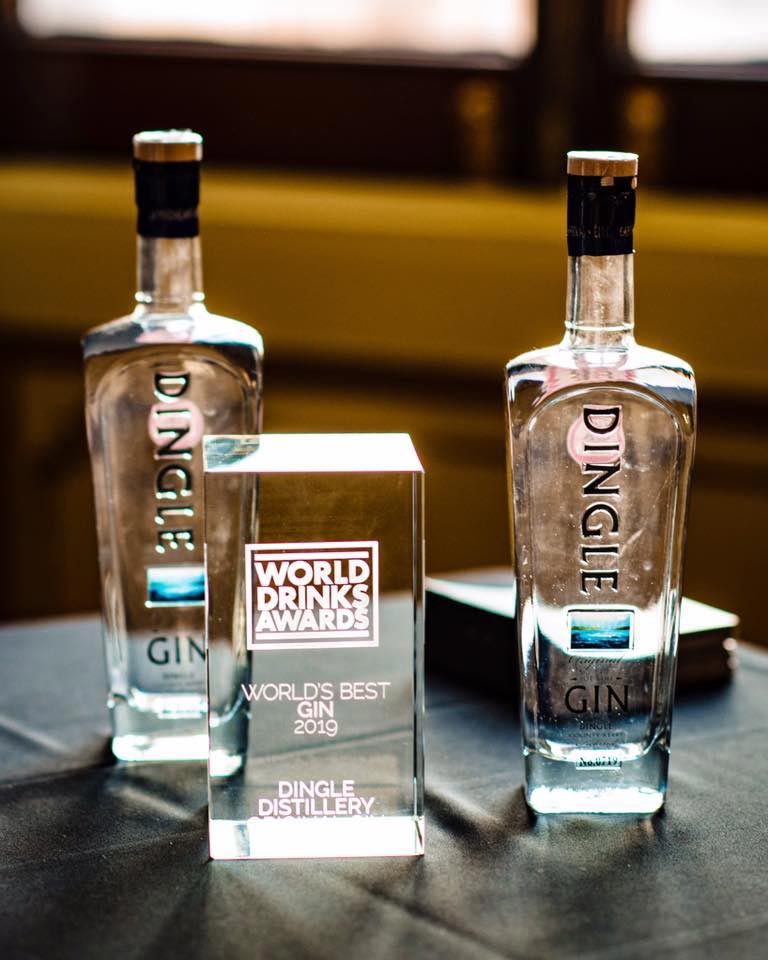 Return to Dingle and enjoy a food tour showcasing Irish food produce on the Dingle Peninsula. Green fields, mild climate, sea all around the country and creative minds produce some great foods and drinks that can be enjoyed in some of the most characteristic settings. Seafood, meat, cheese, beer and whiskey…and so much more to discover.

The Food Tour will give you the chance to explore Dingle town and its foodie little gems. Known as a Foodie Destination in Ireland, Dingle has so much good food to offer, relax, enjoy and have a good time.

Enjoy your last evening in Dingle, the homecoming festival and return soon again to Kerry.

With your Complimentary Festival accreditation; during your stay in Kerry, you can attend any one of our 10 ‘Pop-Up Spectacles’ in various towns and villages throughout Kerry. Visit any of Kerry’s 10 seasonal Festivals such as ‘Dingle Food Festival, Kerry Film Festival, Quest Adventure Race, Architecture Kerry, Kerry Film Festival, Patrick O’Keeffe Traditional Music Festival or the National Circus Festival.

Attend the various Sports & Recreational events taking place, attend a family clan gathering or engage with our business events including TEDx Tralee. Regardless, there is something for everyone when you visit Kerry this October as part of ‘An Turas Mór’ (Irish for The Big Journey’) – Homecoming Kerry Festival.

Simply get in touch with us today to help plan your trip, a warm Kerry welcome awaits.

Get exclusive access to events, discounts throughout Kerry and more with the Homecoming Kerry Festival Pass.

Stay up to date with the latest from An Turas Mór

You can find out more about which cookies we are using or switch them off in settings.

This website uses cookies so that we can provide you with the best user experience possible. Cookie information is stored in your browser and performs functions such as recognising you when you return to our website and helping our team to understand which sections of the website you find most interesting and useful.

Strictly Necessary Cookie should be enabled at all times so that we can save your preferences for cookie settings.

If you disable this cookie, we will not be able to save your preferences. This means that every time you visit this website you will need to enable or disable cookies again.

This website uses Google Analytics to collect anonymous information such as the number of visitors to the site, and the most popular pages.

Please enable Strictly Necessary Cookies first so that we can save your preferences!